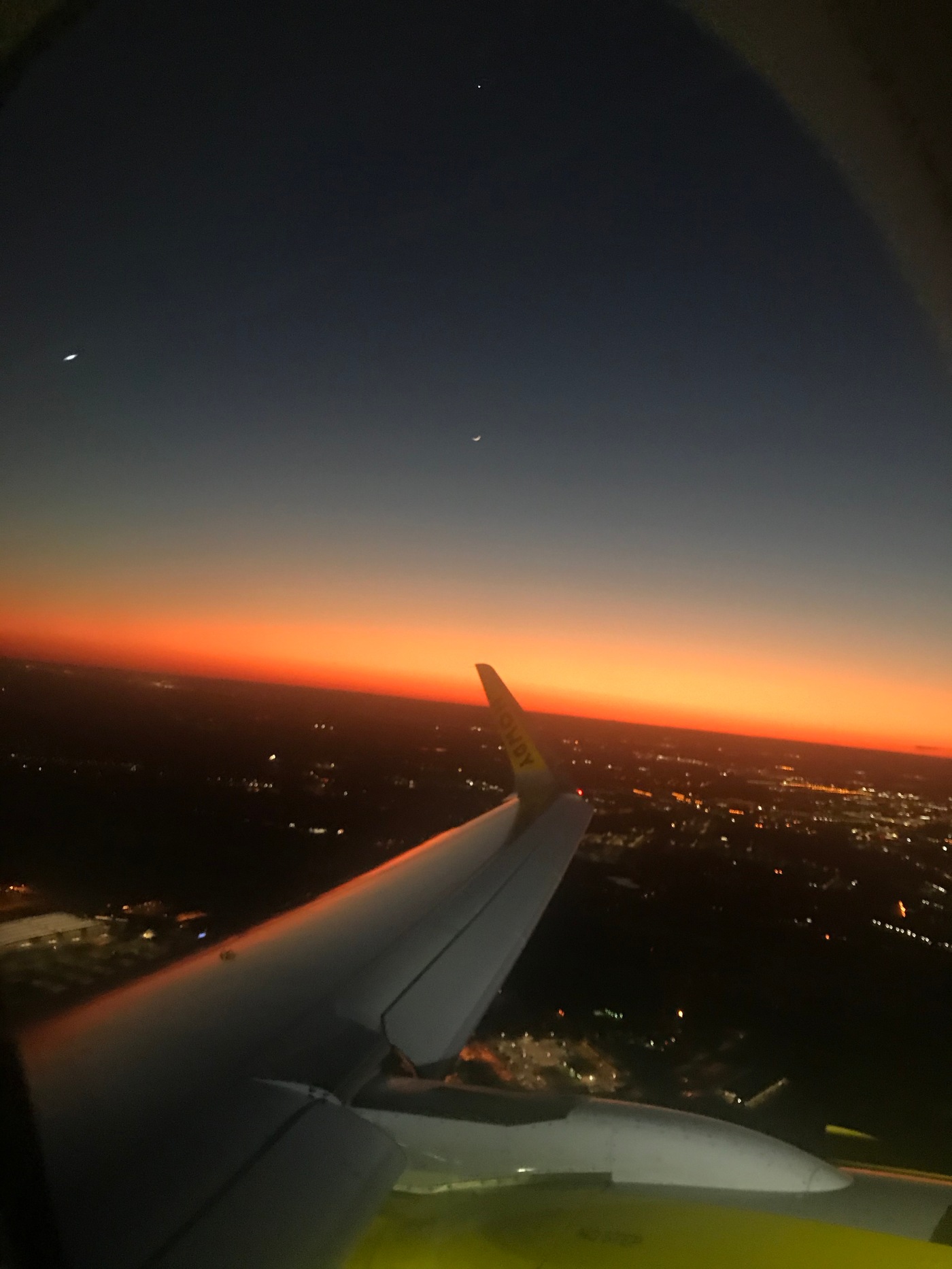 There is no other way to share the magic of this island (so far), than by showing. So here goes!

I know this is not a Puerto Rico shot, but it feels pretty magical. Our last glimpse of Austin, out R’s airplane window. The crescent moon, a few start/planets/sattelites, and the sun going down. Goodnight sun in Austin.

And here we all are, 8ish hours later, at 3:20 in the morning. Bleary eyed and delirious, but happy. We made it to Puerto Rico!

This morning when I woke up. The roosters were crowing when we pulled up to the house last night around 5 am, and they were going strong when I woke up this morning at 10. All day, errr day. (Update from day 2: they start around 3 am. One starts, and all the other ones respond. Call and respond until about noon. B thinks we should probably get a box fan so we can sleep later. W woke up laughing at them this morning).

We met a friend at breakfast/lunch who needed a ride to his house in Aguadilla. We just happened to be going to Aguadilla to trade rental cars, so we gave him a ride. He took us the scenic route and showed us to this amazing tree house near Aguada. Increíble.

After we dropped Ron off and got a more economical car . . . Here’s the road somewhere between the BQN airport and Isabella, where we went to buy carseats at the only Walmart within 100 miles. It was hot, and the kids were sticky, so we stopped for helado y cerveza.

Another stop on the side of the road in the same area. The waves here were HUMONGUS! You can’t tell from the pic, but there were some very experienced looking surfers studying the waves from the upper beach – and they decided not to try them. I’d guess they were 10 feet tall, at least.

After picking up the carseats and provisions at the craziest, busiest, most expensive Walmart I’ve ever been to, we headed home for a late rest, and chill. Here’s B looking for a place to get some dinner.

And the highlight of the day (maybe – cause it was a beauty-filled day), the incredible sunset off the beach a few minutes from our house.

One thought on “Day 1 on the Island of Enchantment”